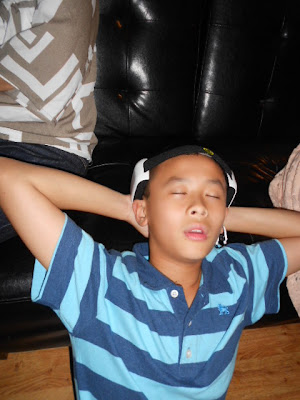 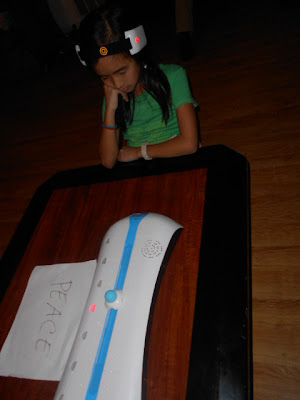 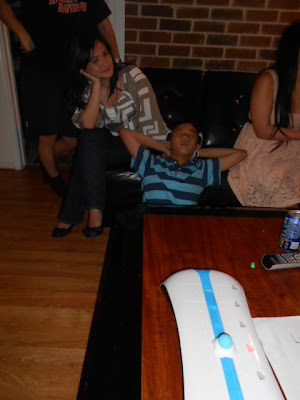 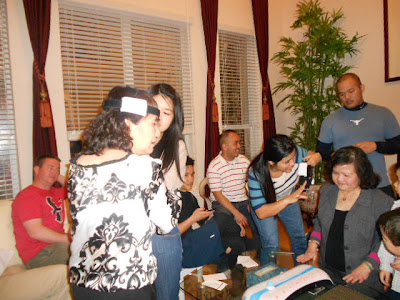 Mind Flex was a new game the family played this year. I'm too lazy to explain. Let's put it this was. When I competed, I DID NOT win when it comes to having your brain be active and think of things, but I do think I am rather good at clearing my mind. I didn't win the family tournament, but I did come pretty close.

Adam trying to be relaxed when he competed with Madison. Mom even played with her baby sister.Look @ Mel trying to coach mom...hahahaha