This weekend wasn't planned for me. Just decided I was going to do something.
So I decided to pick a family member and call them and tag along. (Surely with 8 other siblings, I could find something fun to do!) I texted chi Trang first and hit the jack pot!
I was going to get to bug Maddy Waddy and Awesome Adam again.
These two kids know how to do so many things in order to get prepared for the fun. I am always so impress with these two kids.
They are at an age that is quite fun to hang out with. They take care of me instead of the other way around.
"Yesss!"

So we packed up and headed to Lake Conroe.
It was so much fun.I missed out on this trip the last time because I was busy. I am so happy to get the chance to hang out and soak in the sun this time. The water was quite nice.

An added bonus was..... Hayden was also there! Yippee!
We had two boats to jump on!

There was a lot to do, but I must admit, I sat in the water and did nothing ;-) but chat with Madison and Diana (Dr. Tran's daughter).

I will also continue nag Javier for losing his glasses(over & over), after he insisted that he didn't need the straps for his sunglasses. He had them @ home. What good is it @ home when you are @ the lake. I am so annoyed, cuz I could have purchased those strap for under five dollars @ Academy...So we left Academy without them.   Poo-poo head was being thrifty  and now he is without his Wiley X. I told him to deal with me telling him" I told him so"......Because I did.
Three days later and I an still equally annoyed.
Can't wait to tell him I told you so...AGAIN!
Yes I am added salt to the wound ;-) 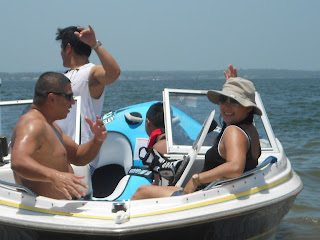 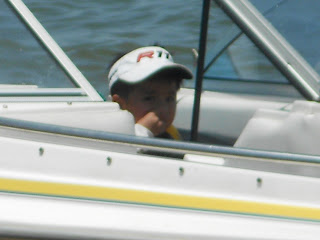 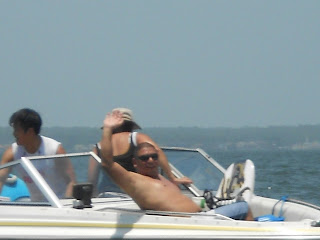 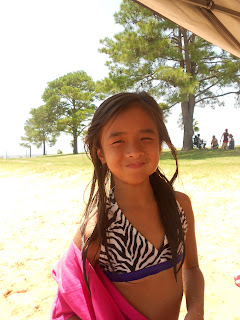 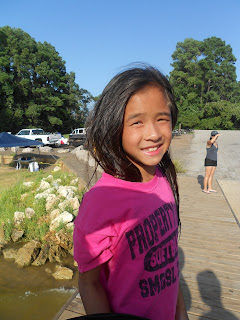 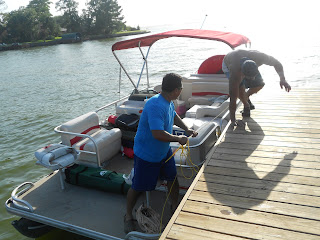 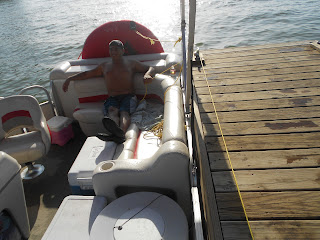