So very lucky that Vien 's family met up with us to go trick a treating. After getting a lot of candy on this rainy night, the boys (their mother was included) went out to have Pappasitos. They normally go to Gringos as a family tradition after the trick or treating but I insisted we go elsewhere, hence Pappasitios.

I know I could have compromised and in a way I did. I think we all did.  I am in the picture now, and some things (tradition) should change. I was willing to stick with Mexican food and just switch up the location. The only person who insisted on Gringo's was the boys' mom. Was it a power play on my part? Perhaps...But mostly on principle...The family unit is different and I felt very strongly that we didn't do the same thing they have been doing through the years, especially since the boys didn't care where they ate and the mere fact that Pappasitios has way better fajitas...

I am a fair person and by the end of the night. Everyone had a full belly and a smile on their faces. (It was a tad bit awkward to have her ride in the backseat of the car.) 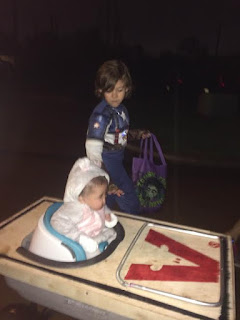 Holden asked if I could get him a sister like the mouse...I told him the mouse was a boy. He said, great, can we get one? 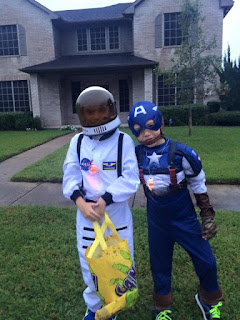 Cameron has been into space and chose to be an astronaut. Unfortunately we probably manipulated Holden into Capt. America because I didn't like the Ghostbuster costume.(When did I get so opinionated?) When he saw the shield, it was a no brainer, he wanted to be Capt. America. 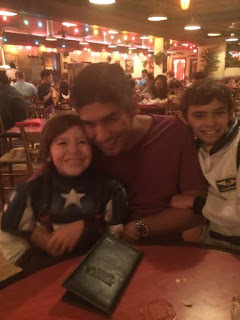 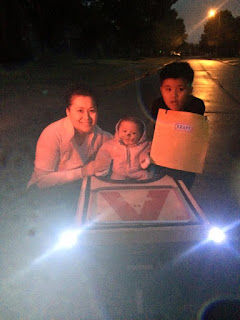 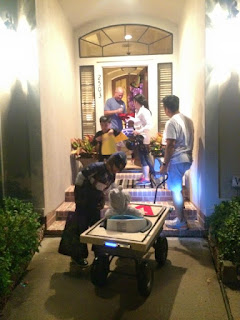 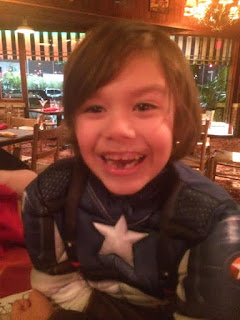